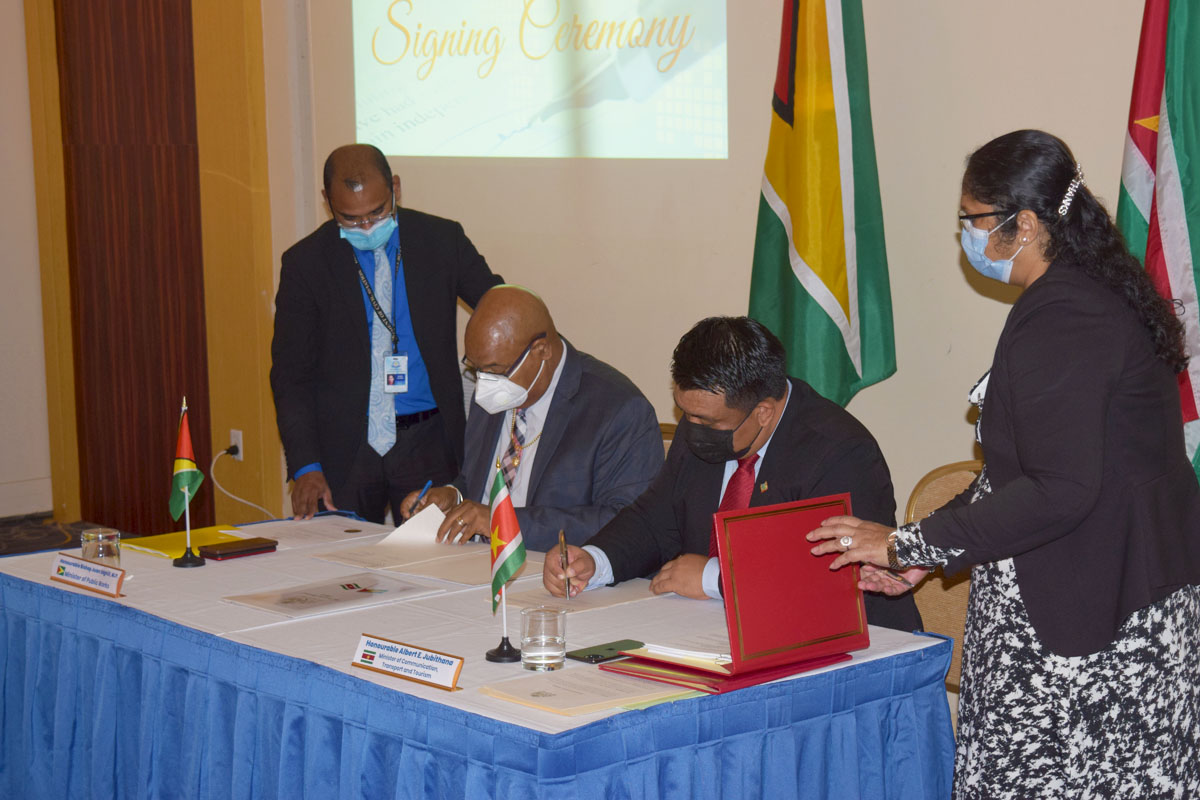 On the day set aside globally for Aviation, Guyana and Suriname signed a historical agreement, which will allow for easier travel between the two neighbouring states.

The agreement was signed this afternoon in the Savannah Suite of the Pegasus Hotel. Signing the Agreement on behalf of Suriname was H.E Albert Jubithana, Minister of Transport, Communication and Tourism and on Guyana’s front, Public Works Minister, Hon. Bishop Juan Edghill.

The agreement will improve production and economic growth between the two countries. Moreover, it will connect communities, create economic growth and contribute to sustainable development, as was pointed out by Minister Jubithana.

The Suriname Minister of Transport quoted the famous saying ‘without connectivity, there is no productivity’. Against this backdrop, he pointed out that the framework has been set for productivity.

Minister Edghill during brief remarks said the day was “fitting” for the occasion. He said, “This agreement is truly a historical agreement and it is an unimpeded move to ensure that there is collaboration between both countries.”

The Minister added that not only will individuals be able to move by a new bridge soon, but also via air transportation.

“In this Open Skies Agreement, we have agreed to remove all restrictions on Market Access, capacity and pricing to create for a more open market and to give route rights to our respective airlines,” Minister Edghill added.

He noted that this initiative is in keeping with the Government’s goal of connecting Guyana to the rest of the World. Given that Suriname has good connectivity to Europe and the Dutch Caribbean and Guyana is connected to the Caribbean and North America, the airlines operating in both countries can benefit from traffic and growth opportunities.