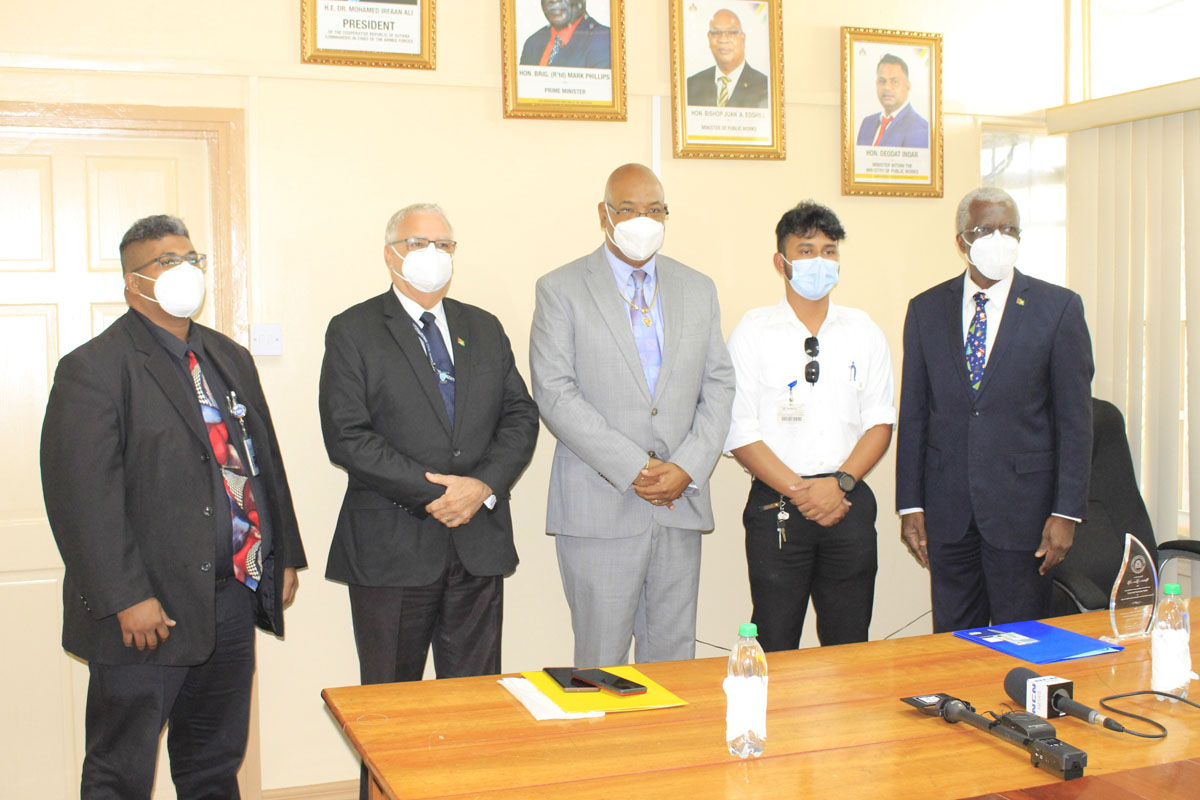 The Guyana Civil Aviation Authority (GCAA) on Thursday issued a licence to the first locally trained helicopter pilot. The licence was issued to Captain Azam Ally by Minister of Public Works Hon. Bishop Juan Edghill in a simple ceremony held at the Minister’s office.

Minister Edghill applauded Ally’s achievements, noting that he could inspire the nation’s youth.

“Once you keep your dream alive it can happen and with hard work it could be done,” the Minister said.

The Minister encouraged Captain Ally to continue to make his family and Guyana proud.

In response, the pilot said he was honoured to have created history in Guyana. Captain Ally thanked those who supported him during his journey to success, singling out Mr. Leslie Johnson, whom he said played an integral role during his studies.

He also said his older brother, who is captain of a fixed-wing aircraft also inspired him to pursue aviation.

Captain Ally’s journey to becoming a pilot started in 2019 as a trainee mechanic at the maintenance department of Air Services Limited. Subsequently, he was assigned to the rotorcraft maintenance programme. After completing one year in rotorcraft maintenance, Captain Mazahar Ally gave the teenager the opportunity to start training as a helicopter pilot.

The training commenced on August 3, 2020, under the tutelage of Captain Buddy Chance — a veteran helicopter pilot and one of two approved helicopter flight instructors at Air Services Limited.

Ally hails from the Essequibo Coast where received his primary and secondary education despite earning a place at President’s College after sitting the NGSA exam.

The local flight training commenced on August 3, 2020 under the tutelage of Captain Buddy Chance using a Robinson R-66 Helicopter.