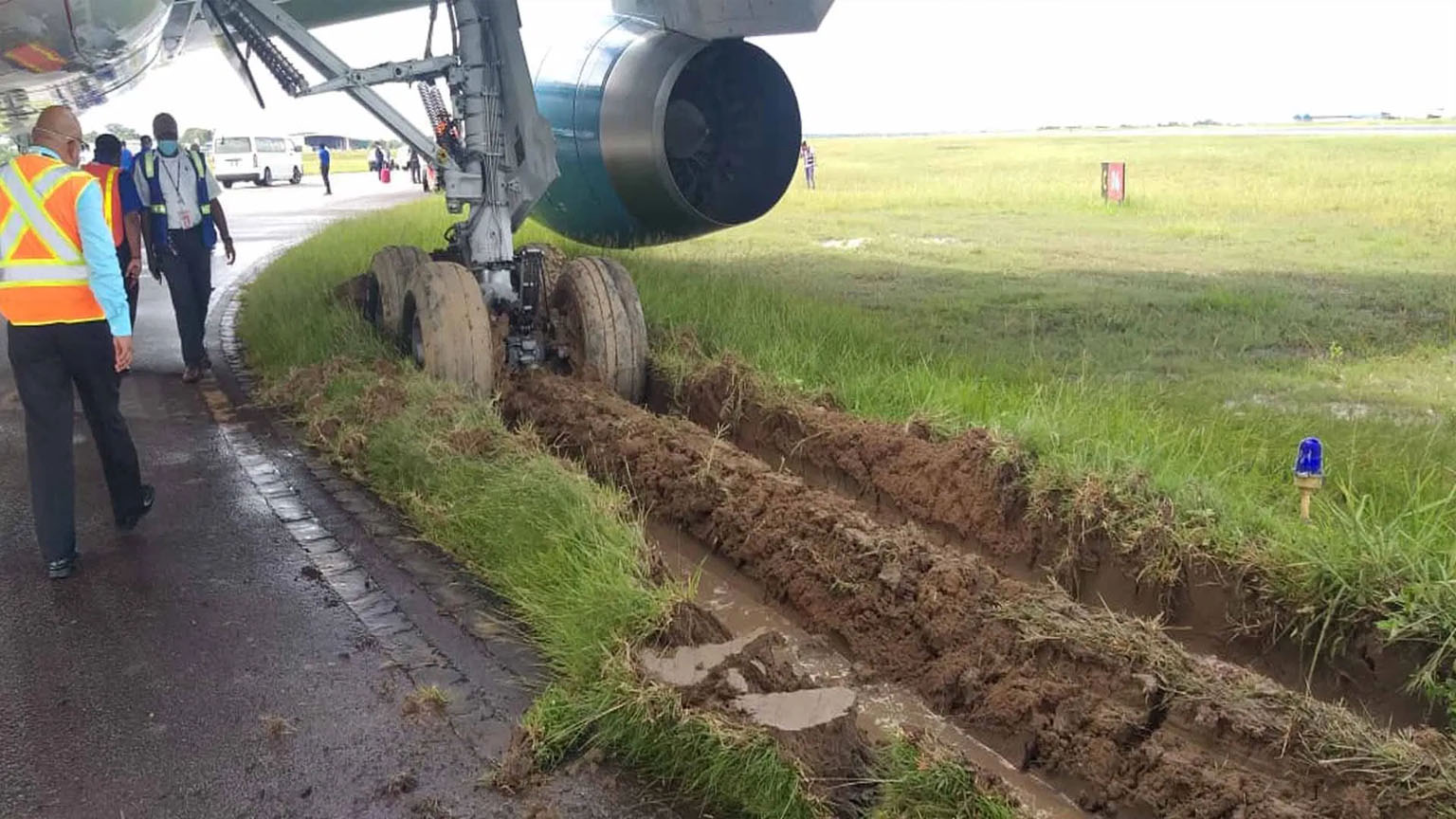 At approximately 14:30hrs on July 15, 2020, an Eastern Airlines Boeing 767-300 aircraft, registration N706KW after landing safely was making a turn on taxiway C when the right main gear came off the edge of the taxiway at the Cheddi Jagan International Airport. Preliminary assessment revealed there was no damage to the aircraft.

As a result of the incident, Eastern Airlines outgoing flight to Miami was cancelled due the crew duty hours being expired. The Miami flight is rescheduled to depart tomorrow.