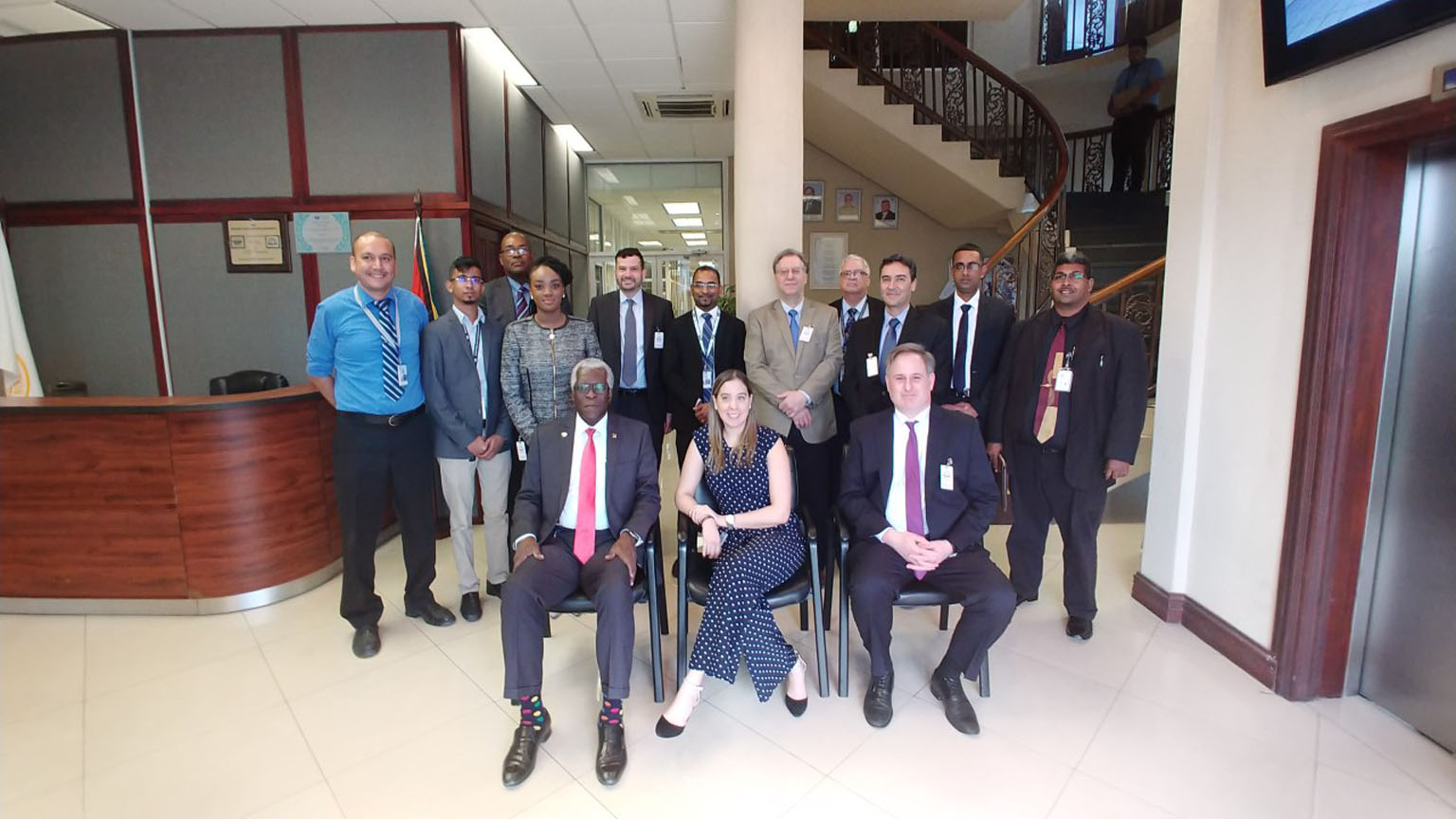 A team from JetBlue Airways Corporation (JetBlue) met with the Director General, Lt. Col. (Ret’d) Egbert Field, A.A and his team at the Guyana Civil Aviation Authority on January 28, 2020 to discuss JetBlue’s application for commencement of non-stop scheduled air services on the JFK-GEO-JFK route from April 2, 2020. JetBlue’s team was led by Mr. Adam Schless, Director, Aircraft Transactions & International Counsel who shared the airline’s long term vision and plans for the Guyana market.

a. Substantial ownership and effective control of that airline are vested in the other Party, nationals of that Party, or both;

b. The airline is qualified to meet the conditions prescribed under the laws and regulations normally applied to the operation of international air transport by the Party considering the application or applications; and

c. The other Party is maintaining and administering the provisions set forth in Article 6 (Safety) and Article 7 (Security).”

GCAA is presently conducting Safety, Security and Economic fitness assessment on JetBlue to ensure that the airline meets the regulatory requirements of the Authority.

The application process is in its advance stages and will be likely be concluded within the next two (2) to three (3) weeks.

JetBlue is an American air carrier with its main operating base in New York. The airline presently operates to over 100 cities within and outside of the United States including several Caribbean countries such as Jamaica, Barbados, Grenada, St. Lucia among others.

The travelling public can expect greater travel options in terms of days, airfares and time with the introduction of JetBlue into the Guyana market.