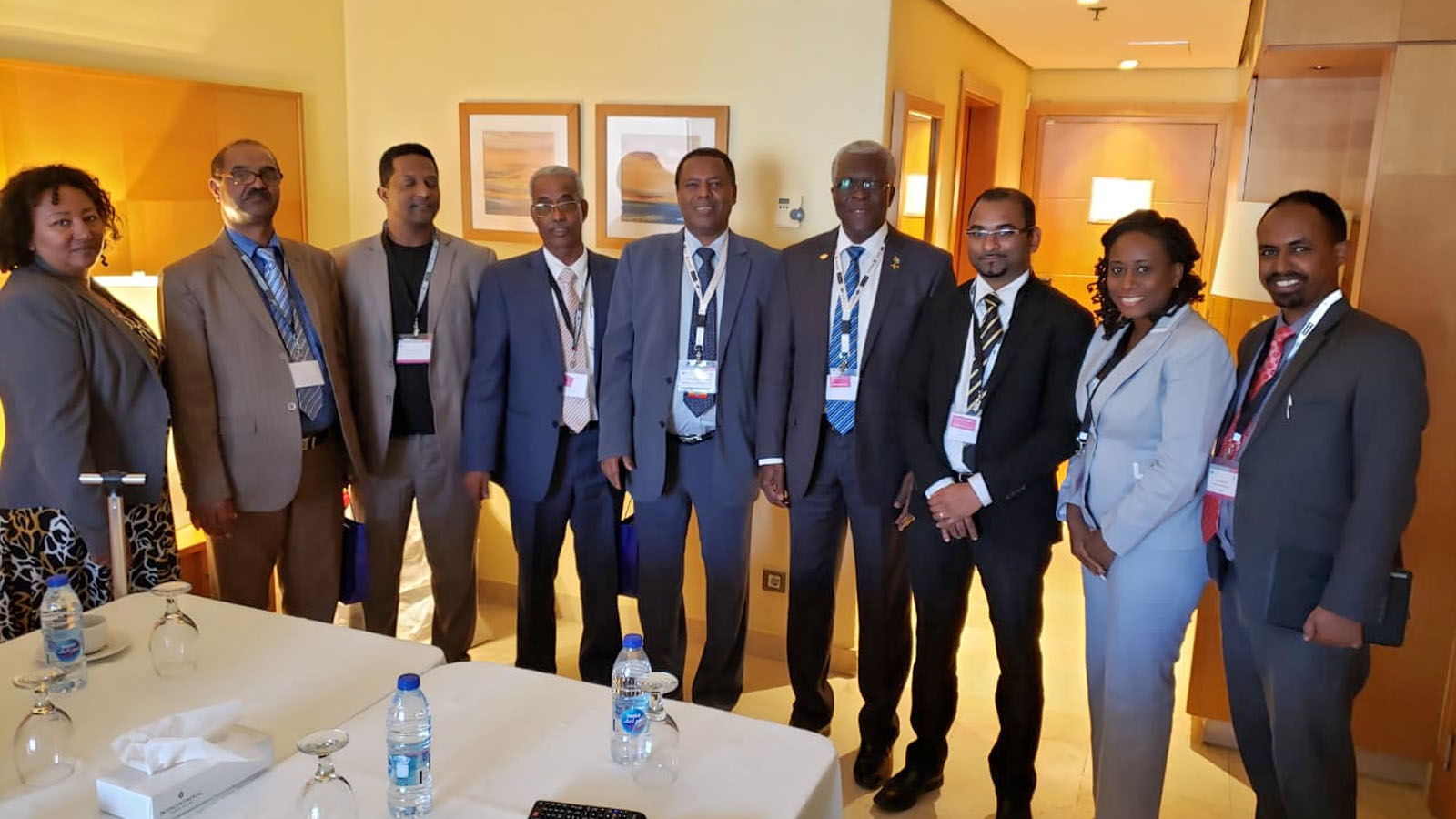 Guyana participated in the twelfth International Civil Aviation Organization (ICAO) Air Services Negotiation Event (ICAN2019) which was held in Aqaba, the Hashemite Kingdom of Jordan from 2nd to 6th December 2019. The objective of ICAO Air Services Negotiation Event is to provide states with a central meeting place to conduct bilateral (regional or plurilateral) air services negotiations and consultations with other member states of ICAO.

Guyana as a matter of policy, negotiates open skies (liberal) Air Services Agreements, granting up to fifth freedom traffic rights for passenger traffic and up to seventh freedom for all-cargo traffic.

Negotiations were initiated with six (6) countries: 1) Ethiopia; 2) Jamaica; 3) Bangladesh; 4) Austria; 5) Thailand and 6) Belgium and continued with Sierra Leone whom Guyana met at ICAN 2018 in Kenya.

and enters into force. This means that the negotiated agreements are immediately applicable for traffic rights between Guyana and these countries.

An Air Services Agreement (ASA) is an instrument used by states to jointly regulate, facilitate and promote their international air services relationships for their airlines. Air Services Agreements govern traffic rights for international air services among airlines between two countries. These agreements are necessary for the development of a state’s international air transport network as it create the infrastructure that allow airlines of one state to access new markets and develop their network. The benefits of such connectivity include trade, global inclusivity, economic development, tourism growth, inter alia.

The next ICAN event is scheduled for Medellin, Colombia.