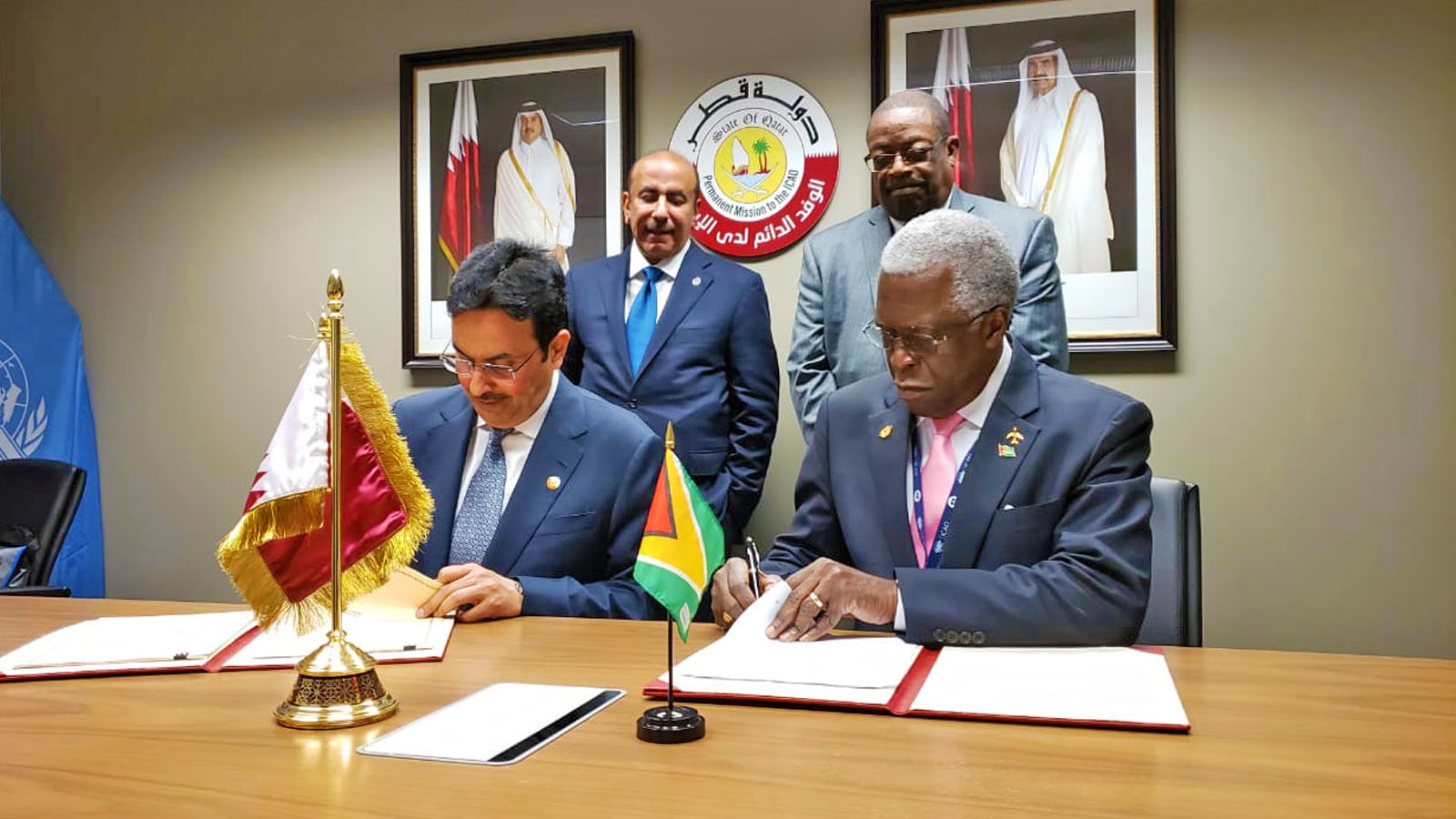 Guyana signs Air Services Agreement with the State of Qatar

On Tuesday September 24, 2019 Guyana signed an Air Services Agreement with the State of Qatar to promote and facilitate airlines of Guyana and Qatar  to operate any number of services between both countries as well as beyond to any third country, with no restrictions on capacity, frequency, aircraft type and routing. This Agreement will create new opportunities for air carriers, enable greater movement of people and goods between the two countries, and benefit the economies and businesses.

Witnessing the signature were the Minister of Transport and Communications, H.E Jassim bin Saif Al Sulaiti, Chairman of the GCAA Board of Directors, Lt. Col. (Ret’d) Lawrence London, A.A and other members of both delegations.

This Agreement complements the more than 50 Air Services Agreements Guyana has established with other ICAO States for the development of the airlink among States. It is a closer step in the realization of a strong and reliable gulf carrier operating flights to Georgetown.

In the coming months, a delegation from Qatar will be visiting Guyana to explore business opportunities in the aviation sector to establish a presence in Guyana and to strengthen the Caribbean and Latin America network.