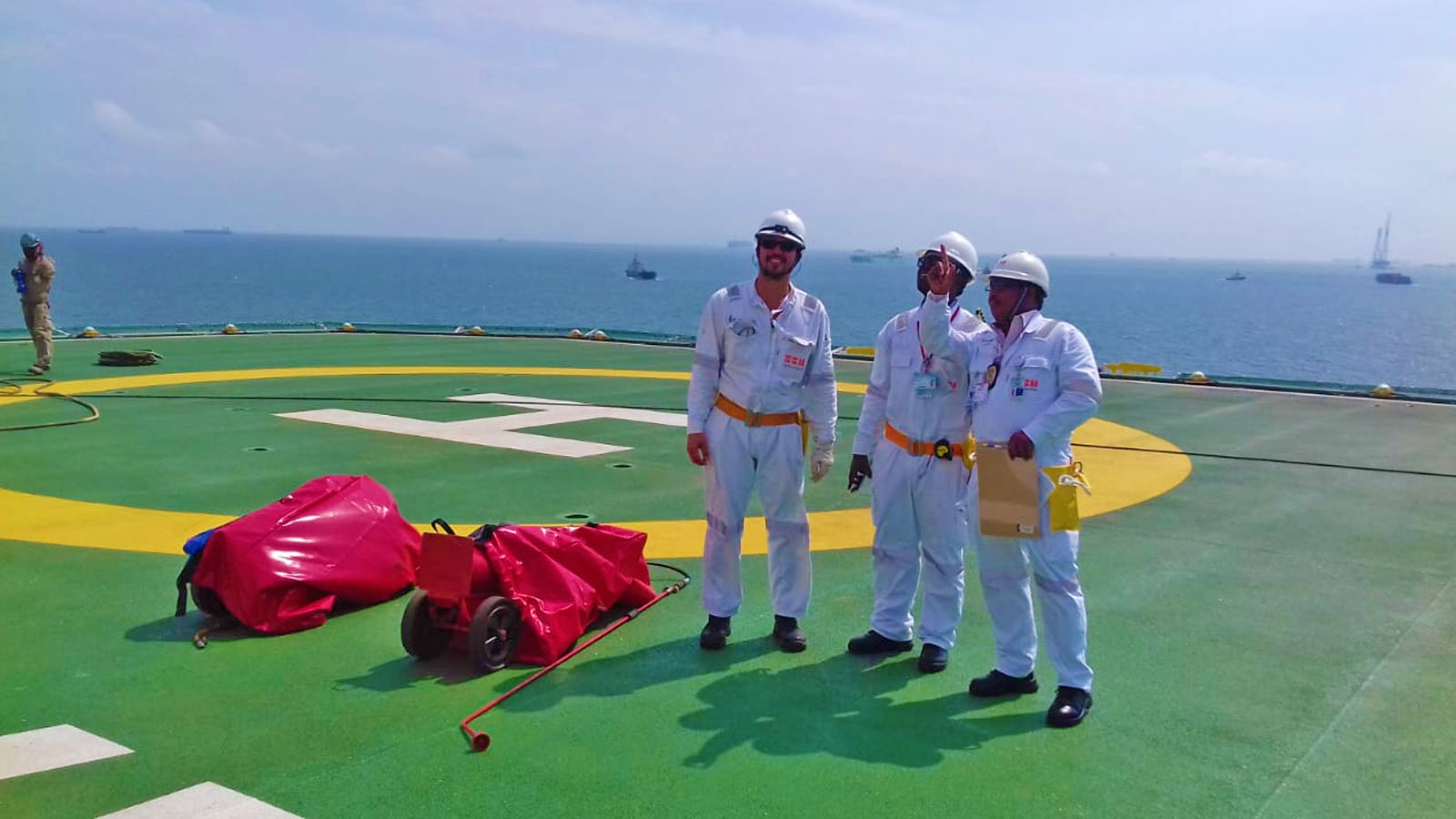 As Guyana moves closer to oil production in 2020, the Guyana Civil Aviation Authority (GCAA) issued the country’s first Helideck Inspection Certificate for Lisa Destiny, the Floating, Production, Storage and Offloading (FPSO) vessel. The simple handing over ceremony was held on September 3, 2019 at the GCAA’s Head Office.

GCAA Director-General, Lt. Col. (Ret’d) Egbert Field  said the issuance of the Helideck Inspection Certificate was necessary, as the country’s developing Oil and Gas Industry advances. GCAA, he said, is happy to play its part. Col. Field explained that such a certificate permits helicopters to land on the helideck of the FPSO. “The helideck is very important, since it is the lifeline for not only passengers but goods and other pieces of expensive equipment which will be needed on these vessels, and which will be ferried by the helicopters,” Col. Field explained.

The Director-General disclosed that Liza Destiny’s helideck was inspected in Singapore on August 16, 2019 with assistance from the Civil Aviation Authority of Ghana. “They assisted us, since we did not have the full capacity. That inspection was successful, and as such, we are presenting our first of, I am sure, many certificates for inspections of the helideck,” the Director-General said.

The assistance being offered by Ghana was in keeping with the air services agreement that country signed with Guyana last November.

TLC Guyana Inc. official Mathiev Guiraud received the Helideck licence on behalf of the company. Guiraud explained that SBM Offshore, the owner of the FPSO, hired TCL to transport the vessel into Guyana. He said TLC was pleased to work with GCAA, and looks forward to having future engagements with them.

The Liza Destiny arrived in the Stabroek Block from Singapore on August 29, 2019. The FPSO is a significant component of the Liza Phase 1 development, which involves four undersea drill centres with 17 production wells, the oil exploration company explained, adding that it has a production capacity up to 120,000 barrels of oil per day, and an overall storage volume of 1.6 million barrels. During normal operations, there will be at least 80 persons living and working onboard the vessel. ExxonMobil Guyana remains on target for first oil by early 2020.