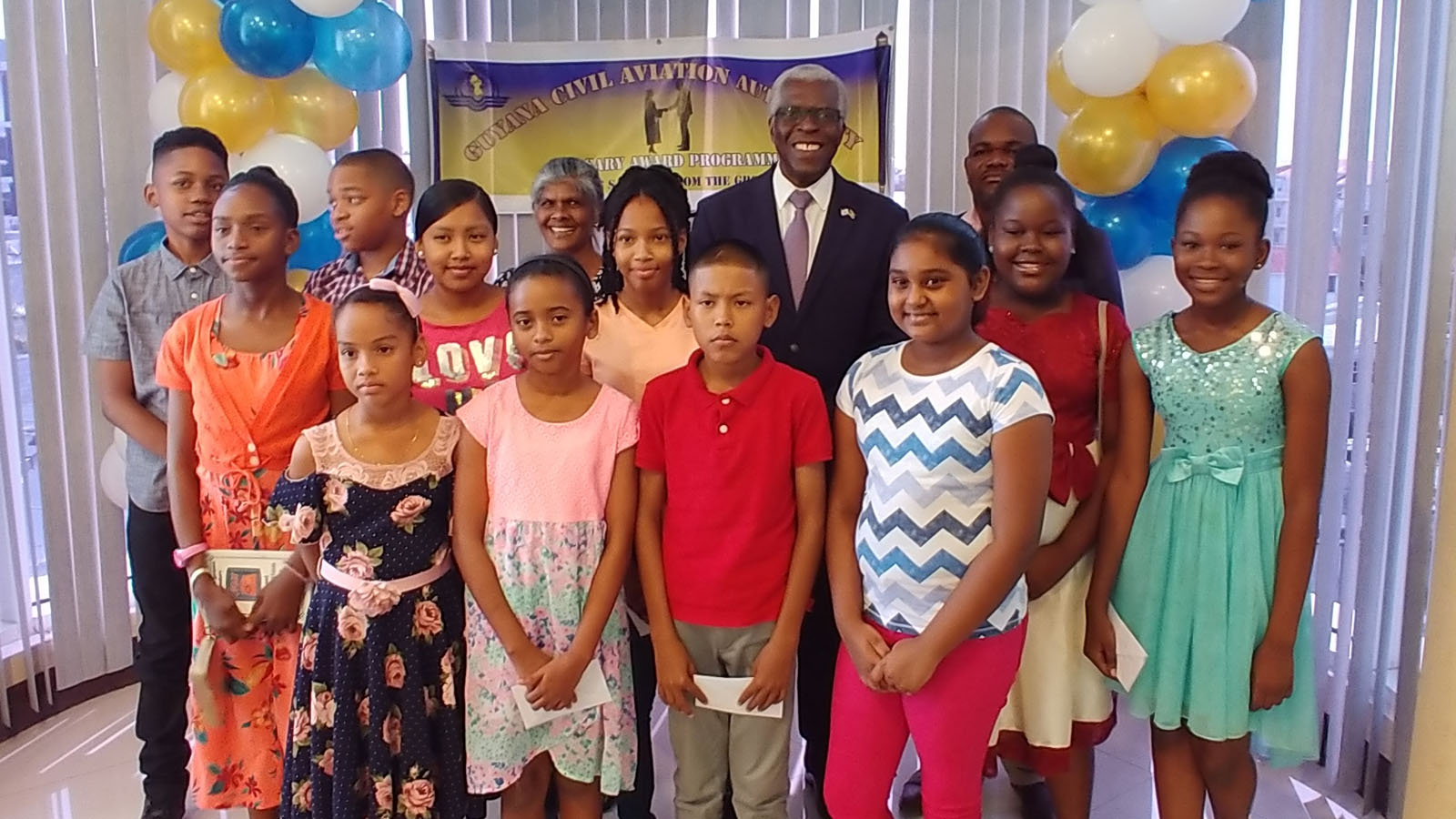 In attendance were the Director General Lt. Col. (ret’d) Egbert Field A.A., along with other Directors, Staff, the awardees and their parents.

The Director General encouraged the awardees to continue striving for excellence. The awardees were also lauded for their exemplary performances at the various examinations. “You have just overcome one of the challenges in life, and you have the ability to overcome the other challenges ahead”. Col. Field expressed his gratitude to the parents for working with their children and encouraged them to continue providing the moral and emotional support to their children.

In delivering the charge to the awardees, Director of Corporate Development at the GCAA, Ms. Chaitrani Heeralall, encouraged the students to always put their best into whatever they are doing.

GCAA’s Bursary programme started in 2017 as part of its corporate social responsibility and provides monetary award to honour the children of Staff who performed exemplary at the NGSA. The awardees will continue to receive financial support from the Authority for the remainder of their secondary school tenure.