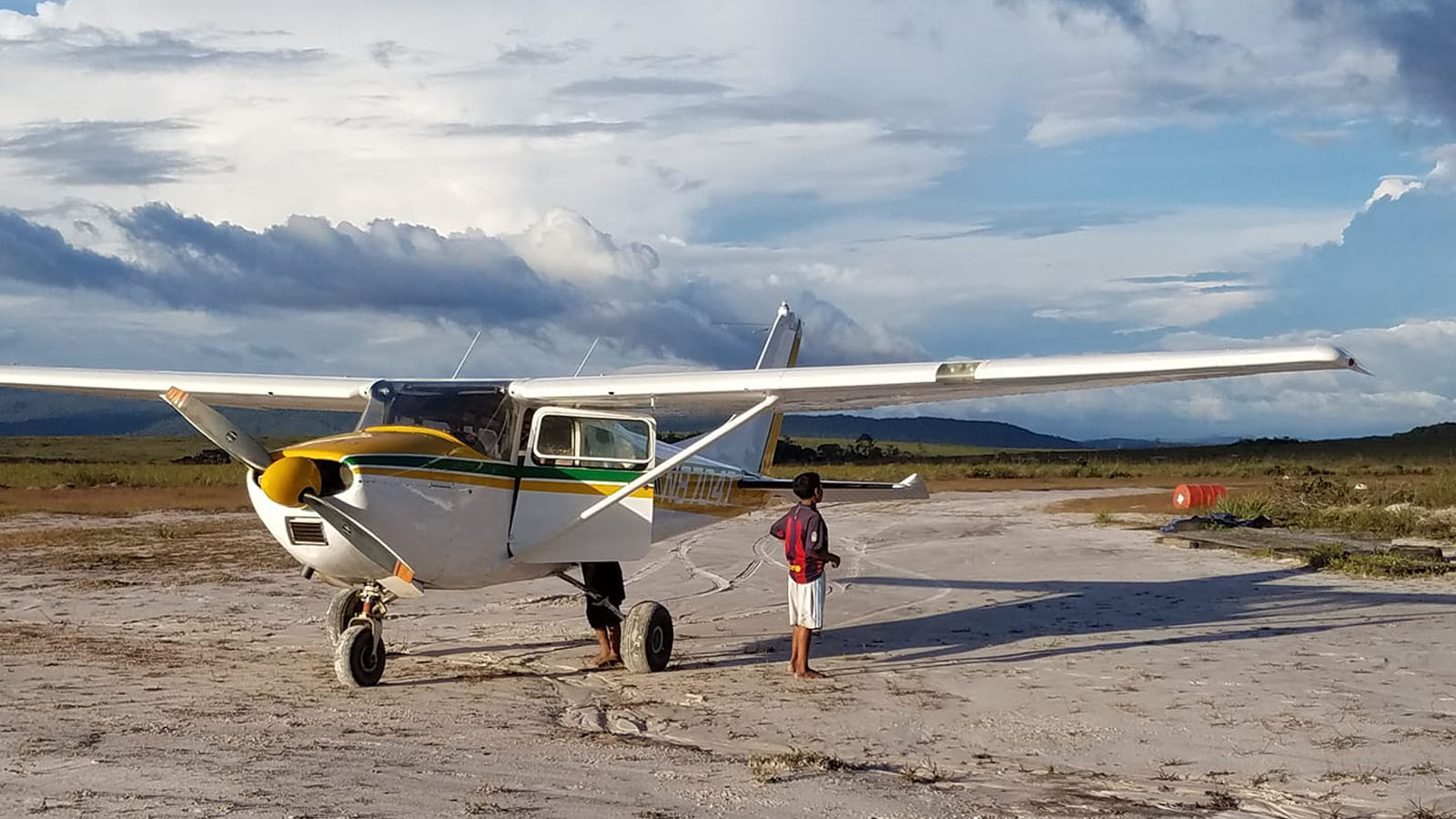 Inspectors from the Guyana Civil Aviation Authority (GCAA) are at the crash site of the Cessna 182 aircraft which crashed close to the Canal Number 2 Conservancy area, to commence their investigation into the aircraft accident.

Based on the Preliminary Report, the aircraft bearing registration number N8704T, owned and operated by Guyana Adventist Medical Aviation Services (GAMAS), departed Arau in Region Seven at 17:06h on February 18, 2019, destined for the Eugene F. Correia International Airport when the Guyanese pilot, Captain Lincoln Gomez, made a MAYDAY call to the Timehri Control Tower reporting a fuel emergency around 18:45h.

The aircraft went down with the pilot and one passenger, Constable Michael Grimmond from the Guyana Police Force and the remains of Christopher Matthews, a United States missionary.

Constable Grimmond called via cell phone and reported that both himself and the pilot were injured, but could not confirm their location. The Aeronautical Search and Rescue Coordination Centre at Timehri was activated and the following agencies responded; the Guyana Defence Force, Guyana Police Force, the Civil Defence Commission, GCAA, Guyana Fire Service and the National Drainage and Irrigation Authority.

The crash site was identified by a reconnaissance flight conducted by a Roraima Airways aircraft as a result Captain Gomez firing one of his distress flares from his location.

The first responder team from the Guyana Defence Force (GDF) landed as close as possible to the crash site. Due to the conditions of the terrain, the rescue team had to trek for more than an hour cutting through thick vegetation to reach the crash site from the landing zone. The rescue team recovered the injured pilot and his passenger, and after stabilizing them, returned to the landing zone for evacuation with the Bell 206 helicopter.

The injured were flown to Camp Ayanganna and subsequently transported to the Georgetown Public Hospital Corporation via an ambulance which was on standby. However, the body of the deceased could not be removed from the site during the first extraction due to constraints of terrain and weight.

Meanwhile, on the ground the GDF, the Guyana Police Force, the Guyana Fire Service, the Civil Defence Commission, NDIA and the GCAA were mobilized at the Canal Number 2 Conservancy to be deployed for the rescue mission.

The investigation by the Guyana Aircraft Accident and Incident Investigation Unit will examine all possible factors that could have contributed to this accident.