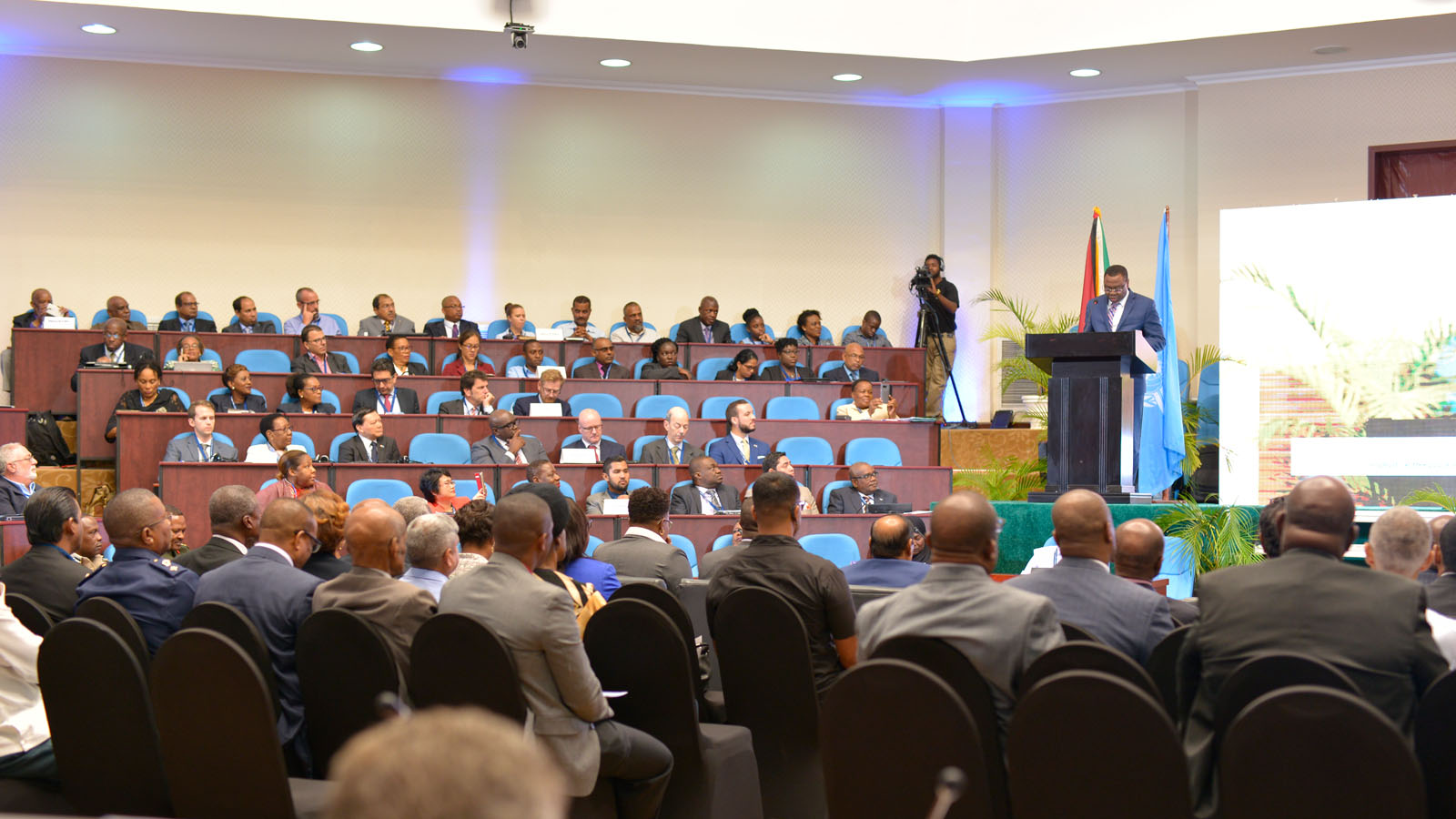 Guyana was chosen to host the International Civil Aviation Organisation (ICAO) Air Transport Meeting and the Third African Diaspora Meeting for the significant progress the country has been able to achieve in safety oversight, and for being a regional leader in the aviation sector. This view was expressed by the Council President of the ICAO, Dr. Olumuyiwa Benard Aliu, at the conclusion of the three days Meetings held at the Arthur Chung Conference Centre during the period November 21-23, 2018. “Within the context of our No Country Left Behind initiative, and in order for us in Montreal to reach all our member states and there are 192-member states, we need regional leaders, and Guyana has proven to be a regional leader, and that is one of the reasons why we believe that Guyana was able to host such an important meeting” Dr. Alui said.

Dr. Aliu also noted he was very pleased with the results of the just concluded Meetings held in Georgetown, Guyana. “We had two meetings rolled in one, it was the meeting on Air Transport Development for the Caribbean and Caricom Member States, that went very well, I think we have achieved the results we were looking for, but also importantly was the meeting between the African Union Member States and the Caricom Member States…and I think we also achieved very good results” Dr. Alui said.

The Meetings were held under the theme “Promoting Connectivity for Sustainable Air Transport Development” with a primary focus of “turning words into actions” by creating air links between the African continent and Caribbean States. This commitment from the United Nations body was demonstrated when an Air Services Agreement (ASA) between Guyana and Ghana was signed during the Third African Diaspora Meeting on November 23, 2018. According to the African Union Commission, the Caribbean is considered the sixth region, thus the importance of creating airlinks between the two regions and the signing of the first ASA between the two States, Ghana and Guyana.

“I am happy that the Minister responsible for aviation from Ghana was able to attend this meeting in order to bring the perspectives of the two previously held meetings to this one, so to compare, I think the two meetings are successful, it is a continuum and we look forward to better results next time we are able to organize a meeting between the African States and the Caricom States but then  we’ll be expecting not only discussions but results of the first two meetings that we have had” Dr. Alui noted.

During his stay in Guyana, the ICAO Council President also held discussions with the Ministers of the Caricom States on ways to enhance the level of safety and security oversight among the member states, air navigation efficiency and capacity which he noted went very well and is pleased with the results.

On the issue of development of aviation infrastructure in Guyana, the ICAO Council President said that all the work that is ongoing for the improvement of the terminal and runway at the Cheddi Jagan International Airport is good, given that global air transport is forecasted to double within the next fifteen years. “You have to be ready to accommodate the growth of air traffic safely and efficiently, so in my meeting with the Prime Minister, I commended the Government for taking all the efforts to invest in aviation, to modernize the system, that is the way to go, it is a wise investment because it leads to the social economic development of your country” Dr. Alui said.

Meanwhile Director General of the Guyana Civil Aviation Authority (GCAA), Lt. Col. (Ret’d) Egbert Field rated the meeting as “very very successful”, noting that many things came out of the meeting that the Authority can continue building on. Col. Field noted that the signing of the ASA with Ghana is a demonstration of “turning words into actions”. “The GCAA will continue this process of negotiating and signing more Air Services Agreements with other States, in the near future we will sign an ASA with Nigeria and Tanzania” Col. Field said.

For being recognized as a regional leader in the aviation industry, the Director General said that he is proud of the achievements of the GCAA and the operators in Guyana. “We are regulators, but at the same time we are facilitators, we are here to see the Industry grow and it must be grown in a structured manner, this is what is taking place, and it is recognized not only locally but also regionally that the GCAA is moving to an area of excellence, and the GCAA will continue to strive for excellence and high standards”.

The DG was also in high praise for the team which was formed to organise the ICAO Meetings. He congratulated the members of the National Organising Committee, the GCAA staff and others who were involved in organizing the three days Meetings.

Guyana hosted the ICAO Air Transport Meeting and the Third African Diaspora Meeting for the first time in its aviation history. The meetings were attended by more than forty ICAO Member States.