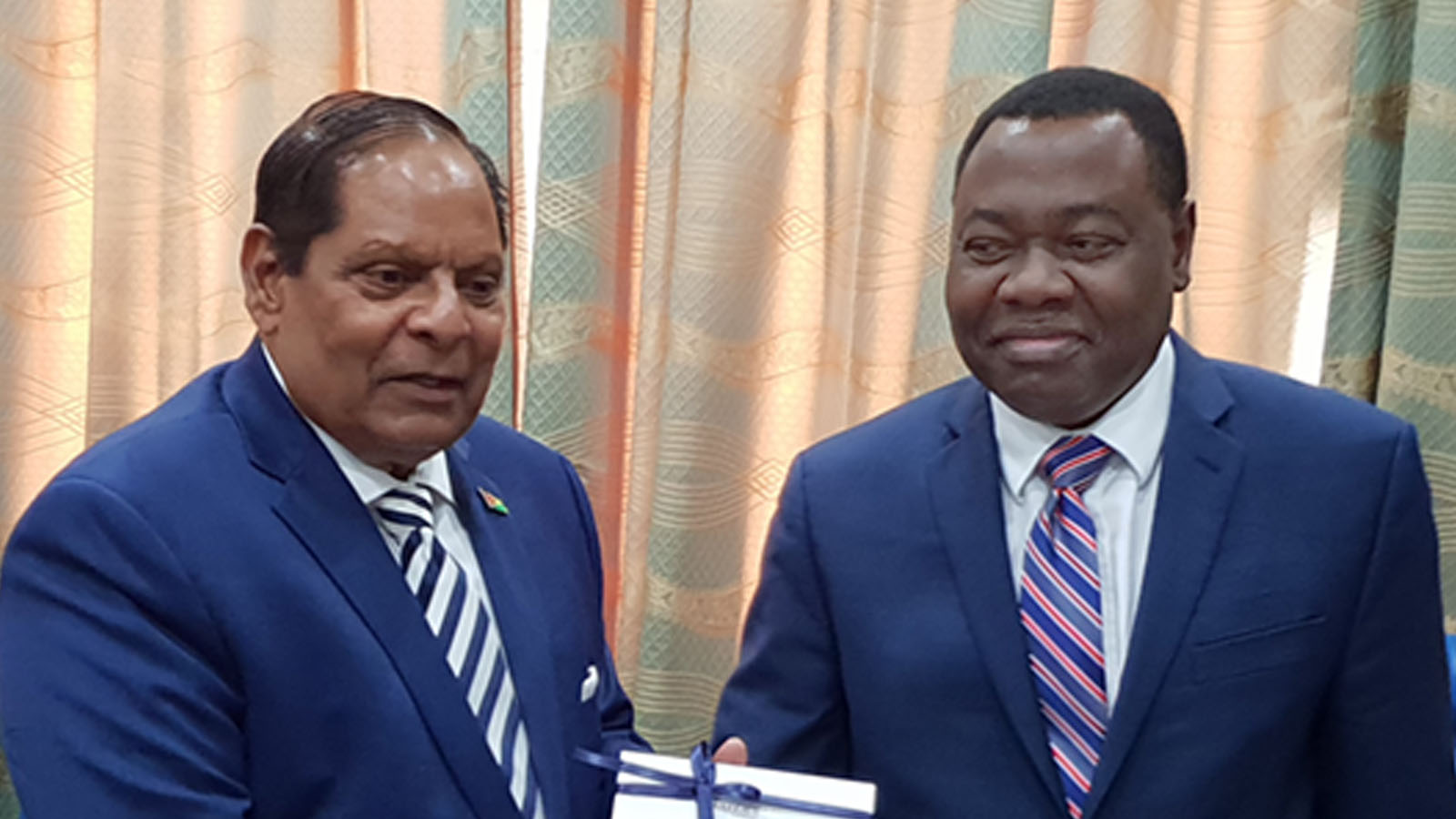 ICAO Council President Dr. Olumuyiwa Benard Aliu set the tone for the Second ICAO Air Transport Meeting for the Caribbean being held in Georgetown, Guyana, this week, stressing to the attending government and industry officials that “continuous compliance with ICAO global standards, and the fostering of a dependably profitable and sustainable operating environment, are the most important steps toward realizing aviation’s unique socio-economic development multiplier effects.”

“Such efforts should include the liberalization and modernization of the regulatory framework of international air transport, which is still predominantly governed by a complex patchwork of over 5,000 bilateral air services agreements and arrangements,” Dr. Aliu said. “Removing this key impediment and streamlining the global regulatory framework will allow for more harmonized operations in line with ICAO’s core compliance objectives.”

Another key point of the ICAO Council President’s opening address was the continuous proliferation of taxes and levies on aviation operations which are having negative long-term impact on both operators’ bottom lines and the general sustainability of air services.

“These taxes and levies are at odds with ICAO’s related policies which seek to foster a reasonable but more dependable and sustainable generation of government revenues,” he underscored.

The need for all stakeholders to work together and plan for the development, expansion and modernization of aviation infrastructure to cope with the projected exponential growth in traffic volumes, was also emphasized by Dr. Aliu. “And ICAO has been working very hard to raise global awareness and the political will in States and Regions toward governments’ development, expansion and modernization of national aviation infrastructure,” he noted.

President Aliu further encouraged member States to take pragmatic measures to ensure a transparent, stable and predictable investment climate to support aviation development. He added that “ICAO, for its part has embarked on helping States to develop better business cases and foster partnerships with donors and investors under the ICAO World Aviation Forum (IWAF) initiatives,” and reaffirmed ICAO’s commitment “to continue to provide the required leadership and drive global progress on its core Strategic Objectives, including safety, security and environmental issues.”

In concluding, Dr. Aliu commended the African Union and the Caribbean Community (CARICOM) for co-organizing a special session at the Guyana event on Promoting Air Links between Africa and the Diaspora, and added that “it is hoped that we will deliver some far-reaching decisions at this event, including on the establishment of an aviation development financial framework for the African and Caribbean Regions.”

The Guyana meeting organized in conjunction with the Guyana Civil Aviation Authority (GCAA), attracted over 250 participants from 27 States and many international organizations.

While in the Co-operative Republic of Guyana, President Aliu, accompanied by ICAO Directors Mr. Boubacar Djibo and Mr. Cintron Melvin, held bilateral discussions with the Prime Minister and First Vice President of the Co-operative Republic of Guyana, Hon. Moses V. Nagamootoo During his audience with the Prime Minister,  Dr. Aliu thanked the State for hosting the Second ICAO Air Transport Meeting for the Caribbean, and congratulated the State on the significant progress being achieved in compliance with ICAO SARPs and the efforts being made to improve and modernize local airport infrastructure.

Dr Aliu also held a meeting with the Ministers of the CARICOM States and set the stage for follow up meetings and engagements to further enhance regional assistance and cooperation between CARICOM Member States themselves, as well as with ICAO.

The importance and role of the Caribbean Aviation Safety and Security Organization (CASSOS) was another critical area of important discussion, notably with respect for the need for States to support it as a viable solution to help them achieve compliance with ICAO SARPs.

Another very important issue discussed was the strengthening of the Eastern Caribbean Civil Aviation Authority (ECCA), and the opportunity for it to have a stronger and better-defined role and responsibility, as well as addressing other such opportunities to ensure that States receive full benefits in terms of oversight cooperation.