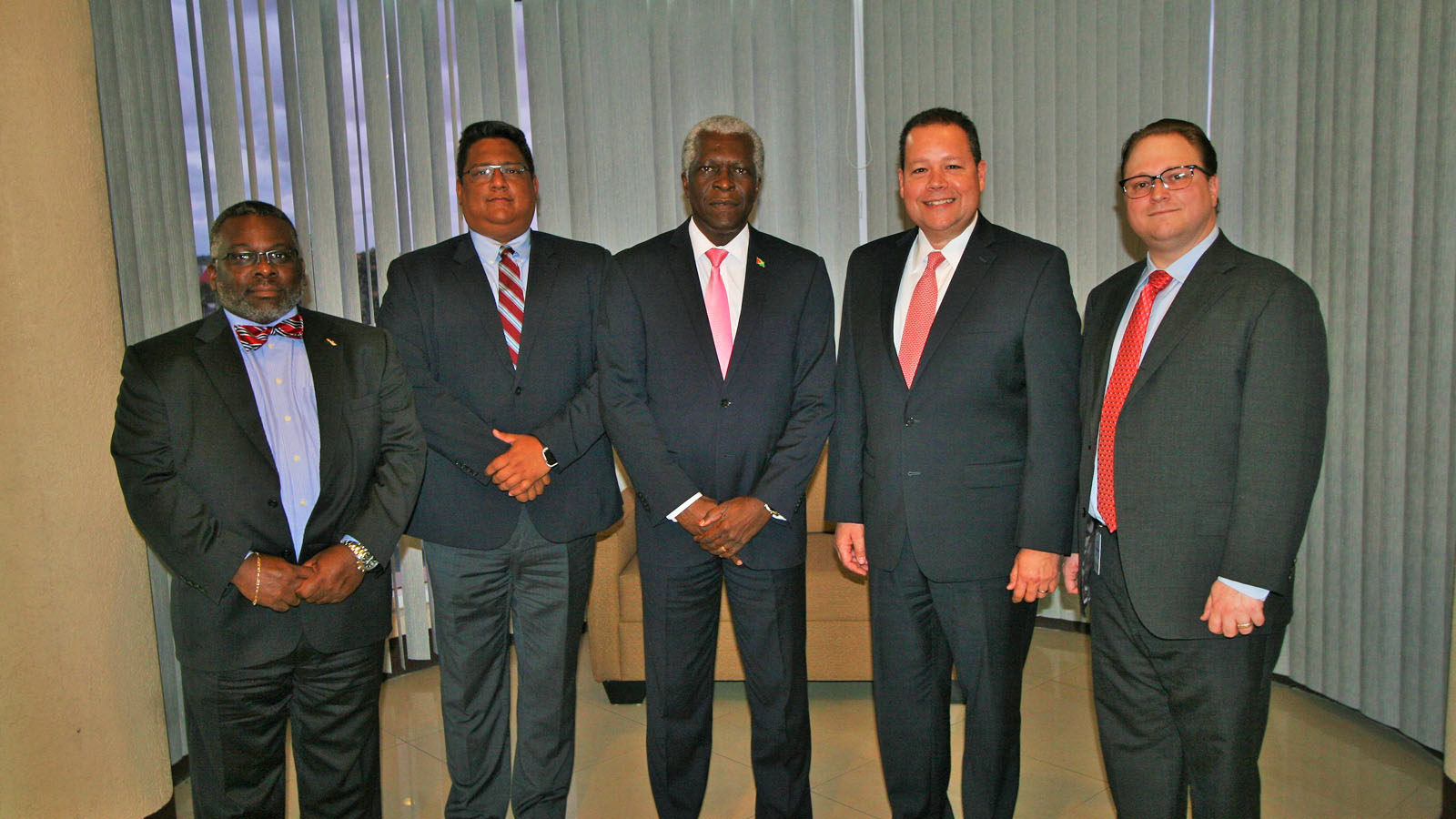 Airline to commence operations in November 2018

Members of American Airlines met with the Guyana Civil Aviation Authority (GCAA) on June 12, 2018 at the Authority’s head office in Kingston. The meeting was convened by the Director General, Lt. Col. (Ret’d) Egbert Field, who outlined to the representatives of American Airlines, the requirements they must fulfill before commencing operations in Guyana. American Airlines is interested in providing scheduled flights on the Miami-Georgetown route from November 15, 2018.

The Director General expressed his pleasure at such a well-established airline showing an interest in the Guyana market. He noted that the GCAA is committed to doing its part in facilitating the application process of American Airlines, while assuring the airline officials of the GCAA’s robust oversight capabilities.

American Airlines has already commenced the process for approval to conduct scheduled operations on the Miami -Georgetown route.

The airline is coming to Guyana at a time when the country, for the first time in its aviation history, will be hosting the International Civil Aviation Organisation (ICAO) Air Transport Meeting scheduled for November 21 to 23, 2018. The meeting will attract delegates from many of the ICAO 192 member states.