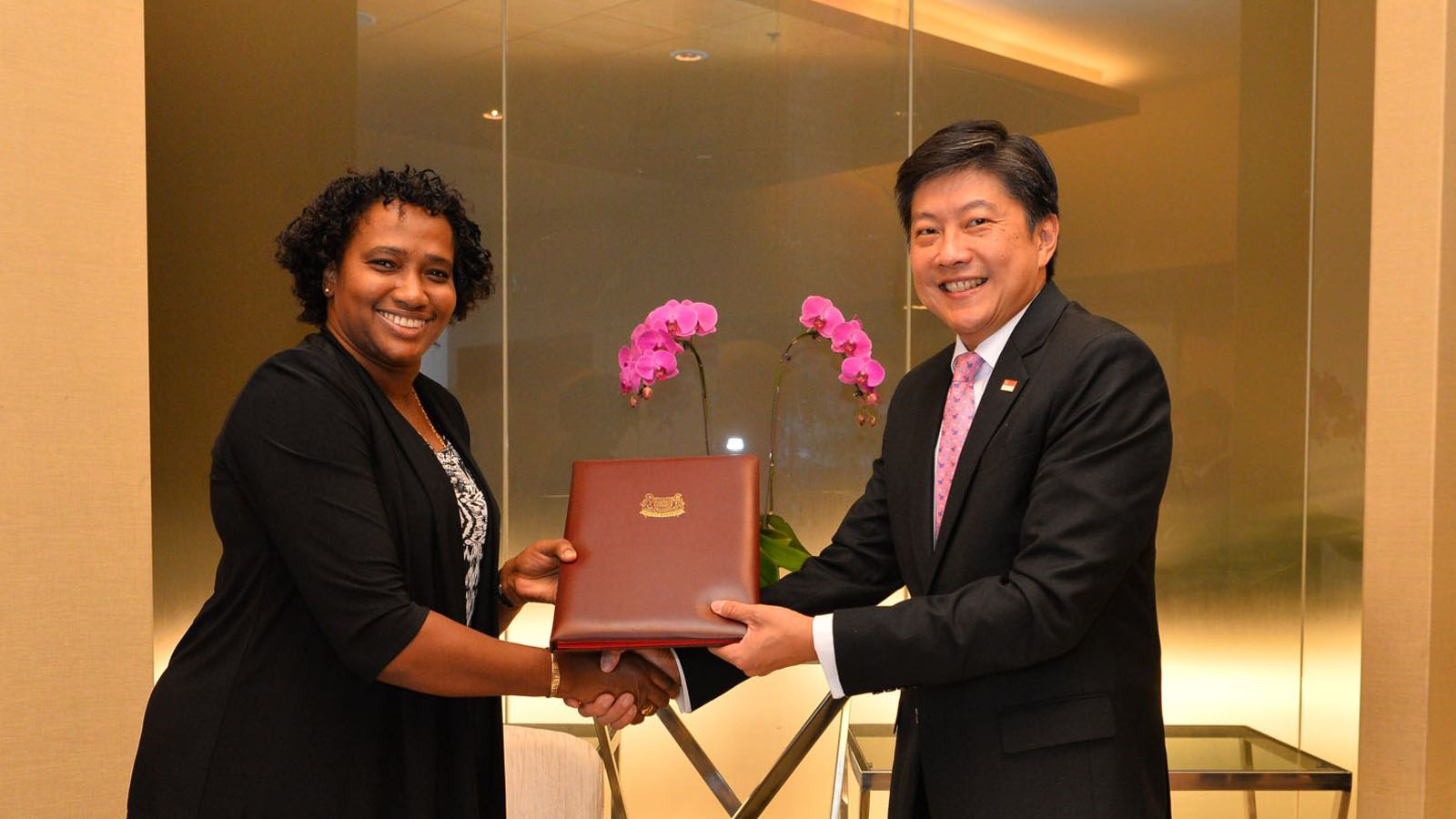 –To facilitate movement of people and goods between the two nations

On February 4, 2018, Guyana signed an Air Services Agreement with Singapore. Under the Agreement, the airlines of Guyana and Singapore will be able to fly any number of services between both countries as well as beyond to any third country, with no restrictions on capacity, frequency, aircraft type and routing. In addition, cargo carriers will be able to base aircraft in each other’s countries and use the base as a hub for operations to any third country. The agreement also makes provision for code-sharing where airlines of both countries can partner with other airlines to facilitate services to each other market.

The Air Services Agreement (ASA) was signed on the sidelines of the Singapore Leadership Summit and Airshow 2018 by Singapore’s Hon. Minister for Education (Schools) and Second Minister for Transport, Mr. Ng Chee Meng, and the Hon. Minister within the Ministry of Public Infrastructure, Ms. Annette Ferguson.

At the signing, Minister Ng said, “We are very pleased to conclude this Open Skies Agreement, which will fully liberalise air services between Singapore and Guyana. This is testament to the strong bilateral relationship between Singapore and Guyana. This agreement will open up new opportunities for our carriers, enable greater movement of people and goods between the two countries, and benefit our economies and businesses.”

Speaking at the signing ceremony, Minister Ferguson remarked that Singapore has been a friend of Guyana and provided support for Guyana in the form of training and capacity building for the aviation and maritime sectors. Many Guyanese, over the years would have benefited from fellowships and scholarships offered by the Government of Singapore. Complementing the existing relationship, this agreement creates opportunities for both countries to explore deeper trade relations.

Changi Airport in Singapore is one of the busiest airports in the world facilitating the movement of some 60 million passengers annually from at least 100 countries.

The signature of this Air Services Agreement forms part of the Government’s thrust to develop and advance the aviation sector and is the first of 21 such agreements recently approved by the Cabinet for signature.

The economic impact of the aviation sector in Guyana is substantial contributing some 3.2% to Guyana’s GDP and creating some 12,000 jobs which is one in twenty jobs in Guyana.