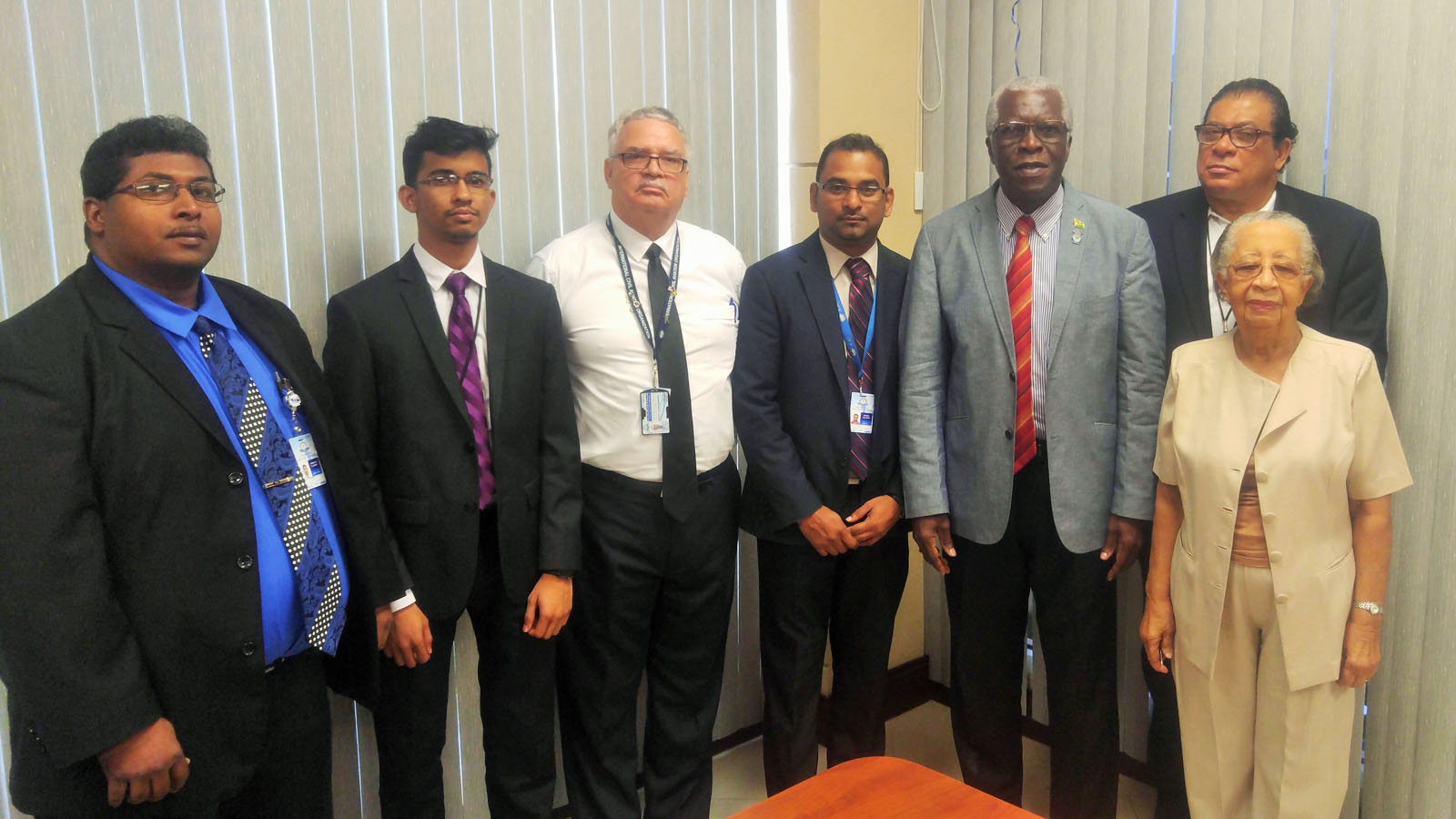 The Director General of the Guyana Civil Aviation Authority (GCAA), Lt. Col. (Ret’d) Egbert Field, hosted a meeting with officials from Fly Jamaica Airways on January 9, 2017, at the GCAA’s Head Office in Kingston, Georgetown. The objective of the meeting was to express the Authority’s dissatisfaction with the prolonged delays and cancellations being experienced by passengers, and to be updated on solutions in addressing the matter.

Representing Fly Jamaica at the meeting was Mr. Carl Bowen, Commercial Operations Manager and Ms. Patricia Reece, Director, Wings Aviation. The Fly Jamaica Officials informed the GCAA that its fleet of aircraft which had to undergo unscheduled and mandatory scheduled maintenance checks, was one of the reasons for the delays and cancellations. During this period the operation which continued with the use of at least four charter services was intermittently disrupted by crew shortages in those companies. In addition, the adverse weather conditions in New York affected their scheduled flights with the aircraft that were leased to continue its operations in the absence of their regular fleet.

Based on the outcome of the meeting, Fly Jamaica has committed to immediately operationalize a 24-hour Call Centre for passengers in Guyana to get updates and other information regarding their bookings with the Airline. Fly Jamaica Officials also committed to contact passengers and provide them with updates of their flight bookings. Passengers are asked to call the Airline on telephone numbers 222-0227 or 222-5556 to speak with a Customer Service Representative of Fly Jamaica. The Airline is expected to have its own Boeing 767 aircraft in operation as early as Thursday January 11, 2018 to relieve the backlog of passengers left stranded in Guyana and other destinations. Additionally, Fly Jamaica have arranged to lease a B757 aircraft from National Airlines to operate between Kingston, Jamaica and JFK in New York.