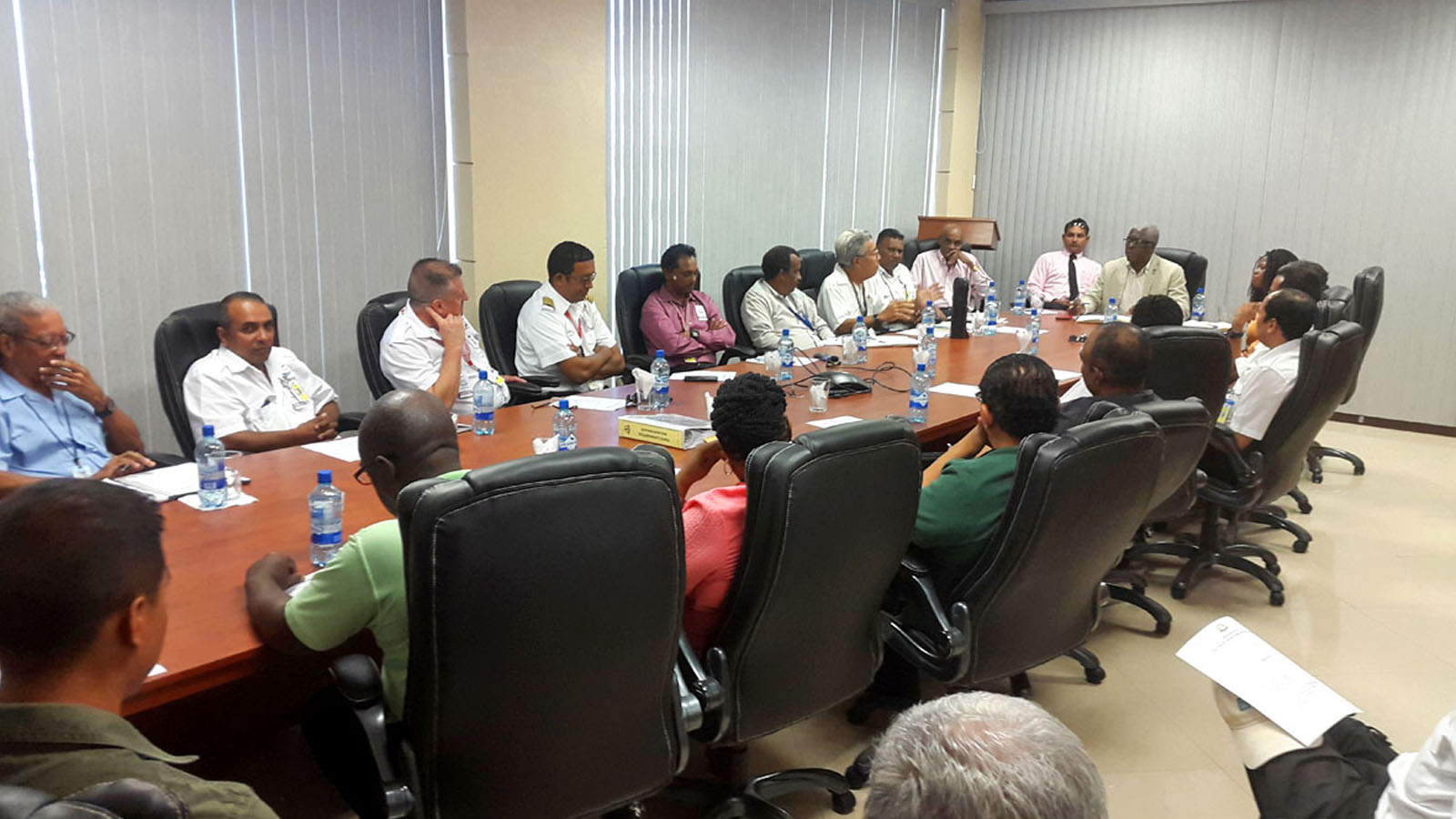 The meeting was called to address the many issues affecting the aviation industry which are of major concern to the Authority. Among the issues discussed were the recent aircraft accidents involving Roraima’s Norman Britton Islander, with registration number 8R-GRA, which crashed on July 25, 2017, on approach to the Eteringbang airstrip runway and resulted in the death of its pilot, former GDF Major Captain Collin Martin, and Wings Aviation CESSNA single engine plane, bearing registration number 8R-GPA, which also crashed on August 8, 2017, after taking off from the same airstrip. The pilot in the latter accident survived with minor injuries.

In her briefing, head of the Accident and Investigation Group, Ms. Paula McAdam, noted that the investigations into the two aircraft accidents were 60% complete. Meanwhile, the Director General noted that while the accidents are tragic, the country can be considered fortunate to have such a low aircraft accident record, given the volatile environment in which the domestic aircraft operate. However, the aim remains to reduce the current number of aircraft accidents to zero and work towards maintaining same.

The meeting also sought to address the frequent flight delays being experienced by passengers of Dynamic, Caribbean and Fly Jamaica Airlines. The Director General noted that the recent encumbrances faced by passengers and the airline operators while unfortunate, were not by design.

In one instance, the delay of the flight was necessary as safety concerns were given high priority over efficiency and timeliness of the flight.

The operators were also encouraged to improve their safety management systems to ensure that safety standards remain high.

“We are moving into an expanding industry, we are moving into more sophisticated aircraft, soon we’ll have the offshore helicopters operating…ensure that your qualities and standards are beyond question…I am therefore calling upon you to assist us in our venture of making this industry a safe and accident free industry,” Mr. Field said.