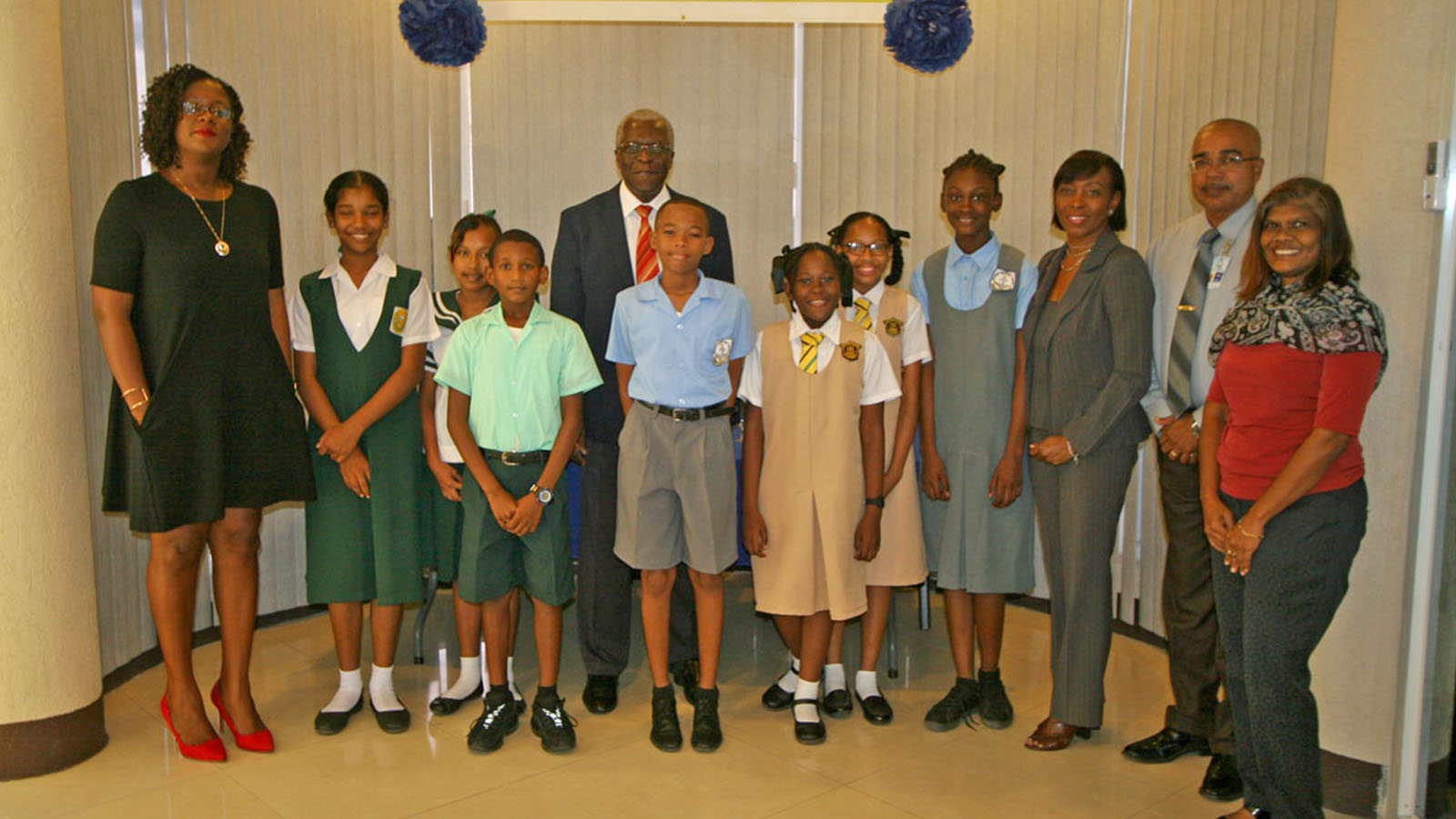 The Guyana Civil Aviation Authority held its inaugural Bursary Award Programme on Thursday September 14, 2017, at its Head Office. Seven children of employees at the Authority were given monetary awards for their successful performances at the recent National Grade Six Assessment Examinations.

The Director General encouraged the awardees to continue to strive for excellence. Mr. Field told those gathered that a good education can transform their lives for the better, and can bring individuals out of impoverished situations. He expressed his gratitude to the parents for working with their children and encouraging them towards achieving academic excellence.

In delivering the charge to the awardees, General Counsel, Mrs. Amanza Desir, who encouraged the students to always put their best into whatever they are doing. “Whatever is worth doing, it’s worth doing well” she said. The parents were also encouraged to find what is unique about their children and work with them to develop that gift.

The Authority will continue to provide monetary contribution to the awardees throughout their Secondary School tenure provided that the students and parents meet the criteria set by the Authority.