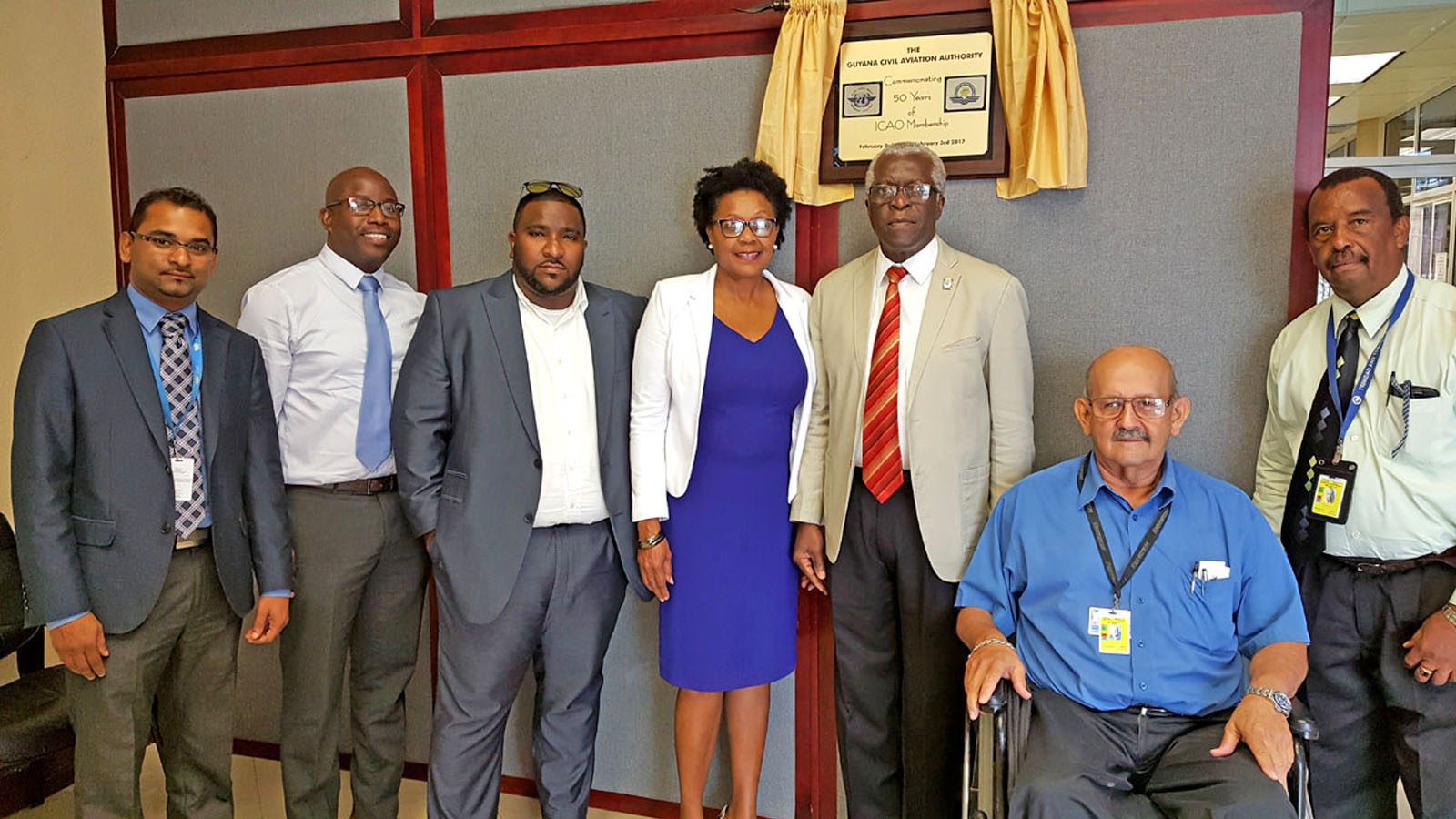 Airport Service Fee to be collected by Airline for Airport

The Director General of the Guyana Civil Aviation Authority (GCAA) hosted a meeting between the Chief Executive Officers of the Ogle Airport Incorporated (OAI) and LIAT Airlines on July 24, 2017, at the GCAA’s Head Office in Kingston, Georgetown. The objective of the meeting was to decide on the administration of the Airport Service Fee which passengers are required to pay to the Eugene F. Correia International Airport (EFCIA).

In June 2017, the OAI advertised in the local media that effective July 1, 2017, they will be collecting this fee directly from passengers. This move while effective in terms of revenue collection for the maintenance of the airport facilities, given the short time, could have resulted in some passenger being charged twice of what they had already paid on their ticket, and infringing on the ease of travel for passengers.

The outcome of the meeting saw both sides agreeing to have the International Air Transport Association (IATA) register the Airport Service Fee in the IATA’s Global Distribution System and for same to be collected by LIAT and remitted to the EFCIA. As a consequence, effective September 1, 2017, all bookings and ticket sales will include the airport service fee in the price of the ticket. All international passengers will be required to pay the fee of GY$3600 and children aged seven and under will be charged GY$2400.

The agreement reached between the CEO’s will not result in passengers being double charged and will facilitate the ease of travel for passengers.